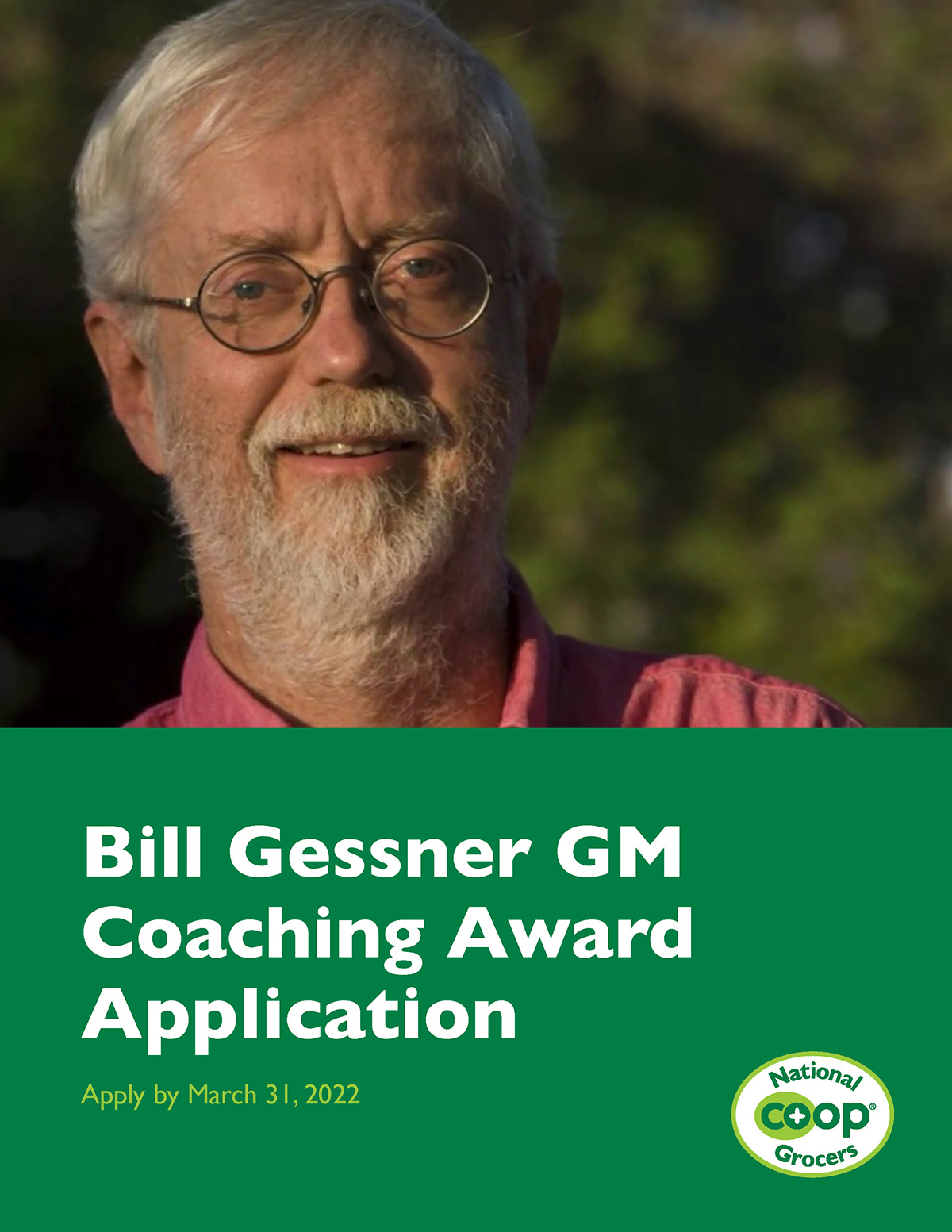 National Co+op Grocers this week is opening applications for the “Bill Gessner GM Coaching Award,” an award that celebrates the life and career of Bill Gessner, who worked with more than 300 co-ops over 25 years as both a consultant and mentor.

The award is open to all food co-op general managers nationwide — including and beyond NCG-member co-ops. Each year’s recipient will use the $3,000 award to access leadership coaching services to achieve identified goals and outcomes and enhance that general manager’s professional abilities. Shanon Davis of Main Market in Spokane, Wash. received the inaugural award in 2021.

“Bill — who passed away January 2019 — was the consummate co-op coach,” said C.E. Pugh, NCG CEO. “In his work and life, he created a trustful environment, provided encouragement and support to co-op leaders, offered guidance and inspiration to all co-op team members and never lost his sense of wonderment and of human capability.”

“This award honors and remembers Bill’s commitment to — and support of — professional development, and we look forward to many years of his legacy continuing to have a positive impact on our co-op leaders and the entire co-op sector,” Pugh added.

Food co-op general managers can learn more about how to apply for this year’s grant by March 31, 2022, via NCG’s website.

National Co+op Grocers (NCG), founded in 1999, is a business services cooperative for retail food co-ops located throughout the United States. NCG helps unify food co-ops in order to optimize operational and marketing resources, strengthen purchasing power and, ultimately, offer more value to food co-op owners and shoppers everywhere. Our 149 member and associate co-ops operate more than 200 stores in 38 states with combined annual sales of $2.4 billion. NCG is a winner of the dotCoop Global Awards for Cooperative Excellence and a Certified B Corporation. See a map of NCG member co-ops. To learn more about co-ops, visit www.grocery.coop.